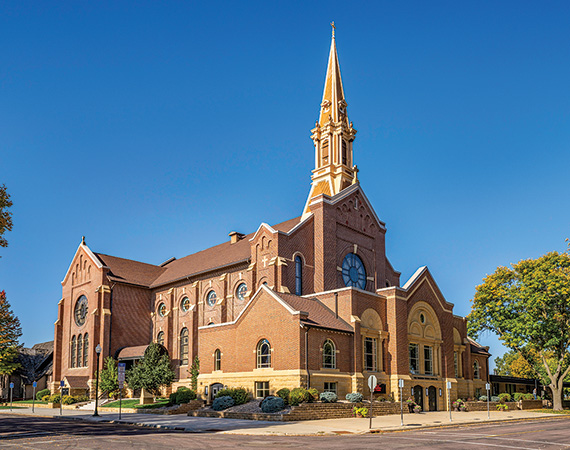 Charting a Rise to New Heights

An eye for a customized product, Marcstone’s founder embraced lean principles to grow its operations.

The Corinthian column capitals that line the exterior of Holy Redeemer Catholic Church in Marshall, Minn., make it one of the city’s most beautiful buildings. The church was constructed in 1915, and when an addition was planned to this historic structure a century later, Marcstone, a Wanamingo, Minn.-based cast stone producer, replicated these exquisitely sculpted pieces down to the finest detail using modern casting methods.

This is one of many projects the Doffing family, owners of Marcstone, look back on with pride. Marcstone’s cast stone portfolio spans nationwide, with large-scale apartment buildings in Chicago, Regions Hospital in St. Paul, and numerous projects for schools, businesses and other organizations.

Building a deep and varied portfolio in just about 15 years is especially impressive considering Marcstone’s roots, which began in 2003 when company president and founder Drew Doffing was only 17.

Drew and his sister Elyce’s father, Tom Doffing Sr., was a general contractor and noticed an opening in the local and regional market for custom, high-end cast stone at a competitive price point. The complex craft involves molding concrete to simulate different kinds of natural stone, and it can be found on building accents, windowsills, monuments, column caps and panels at the bases of buildings. Tom and Drew started creating mix designs and building forms in their basement and garage at their home in Hampton, Minn.

“When I saw how unique and ornate cast stone masonry was and started looking at the grandiose and historical structures made of stone, I was drawn in,” Drew says. “Creating stone like this was a complex skill to develop, and it was challenging. It wasn’t easy to make the first statue.”

“When I saw how unique and ornate cast stone masonry was and started looking at the grandiose and historical structures made of stone, I was drawn in,” Drew says.

“Even today, as our business grows,” Drew adds, “it’s always developing and evolving across the board. In business, every day is a new challenge.

The family used Tom Sr.’s construction contacts to land the first jobs, but demand grew quickly and the family built the plant in Wanamingo in 2006. Co-owner Elyce Doffing joined in 2007 to spearhead new sales efforts. Drew’s brother, Tommy, came on board in production, building complex molds, and maintaining equipment.

“When I saw Drew’s passion for producing stone, I believed in it, and I wanted to be a part of Marcstone’s success,” Elyce says.

Other Doffings have worked at the company throughout the years, including Paul Doffing, a cousin, who came aboard in 2017 to head up marketing. He modernized the company’s online presence and developed communication strategies that help explain what sets Marcstone apart.

“It’s a company highly capable of producing cast stone on a large scale but that has family values and business ethics at its core,” Paul says. “I think we’ve seen that the more we communicate our goals and our values online and facilitate people’s understanding of what we stand for, it earns us business.”

Overall, the workforce has grown to 18 employees at the Wanamingo plant, where they recently built an office addition and added 10,000 square feet to the production facility.

Drew says the “secret sauce” to lean involves various key tenets, including taking an hour every day out of production time for the whole company to meet and share improvement ideas, create a smooth process flow, and ensure everything can be easily visually understood through color coordination, labeling and tool shadows, among other things.

“The management/owners/CEOs must drive this home; it’s not a task to pass off like, ‘Here, person X, make us lean,’” Drew says.

“Don’t even bother starting if the owners/CEOs/etc. aren’t going to participate.”

Enterprise Minnesota business growth consultant Greg Langfield worked with Drew and the team to develop a list of recommendations that included everything from gathering employee feedback on company culture to labor utilization and streamlining parts of the manufacturing process.

“He really appreciated the thoughts about improving throughput,” Langfield says. “For example, when a mold is being filled with cement, nothing else was happening. So, he took the idea to work with a designer to come up with a new method to fill up different molds during that time.”

Langfield and Drew agree the benefits of lean practices are numerous.

“It creates a fun culture where every human has input and isn’t afraid to bring ideas to the table,” Drew says. “We have nearly doubled gross revenue, and our labor force has only increased 20%.”

All the internal improvements will greatly help as Marcstone’s business continues to expand, although the work the company has already completed in its less than 20-year tenure is probably more than Drew or Tom Sr. could have imagined. They have gone from experimenting with mixes in a wheelbarrow to creating top-quality cast stone for dozens of Walmart stores, naval bases, universities, and Raising Cane’s restaurants, among numerous other high-profile projects.

“What we’re doing is fun and exciting. I don’t work a day in my life. I’m never watching the clock. Seeing things come together, overcoming challenges, taking out national competition, those types of things are fun,” Drew says. “We’re still on the journey, and actually, the journey has just begun, and we’re continuing to evolve and make improvements throughout our operations every day. I’m looking forward to the next 20 years.”

Owatonna students learn the value of careers in manufacturing through…

For Anne Hed, running a successful company means every single…

For manufacturers, challenges are merely opportunities for success. 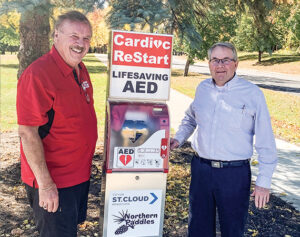