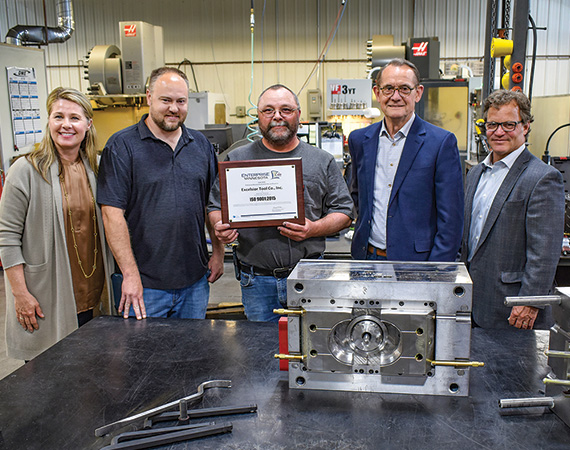 In Search of Stability

The management team at Excelsior Tool started its recently-awarded ISO journey with fresh memories of how unforeseen market forces can rip into a company. Barely a month after Bob Bush and a couple other long-time employees finalized a company ownership deal in 2020, the COVID-19 pandemic swept across America and sucked the life out of the company’s sales.

“That was a very hard year, the worst year we ever had,” Bush recalls.

“We really had to a wrap our heads around what was going on and where we were spending money just to stay afloat,” recalls Scott Thomsen, Excelsior’s operations manager and co-owner.

Despite a very real worry that the company would not survive, Bush credits the proceeds of the PPP loan to pay his eight employees for 50-hour weeks, without ever missing a paycheck.

Excelsior Tool has been designing and building precision plastic injection molds in Maple Plain since 1979, growing to specialize in automotive, aerospace and medical devices. The company has made a niche specializing in quick turnaround projects.

Thomsen envisioned ISO certification as a way to smooth out the vagaries of demand. “We were always kind of up and down with work. I was hoping we could level out our schedule to have a more consistent workload,” he says.

He reached out to Enterprise Minnesota to help execute the ISO application. It was an all-hands-on-deck process that required “a lot more paperwork than I thought it would,” he says. “Getting it set up was a lot of work. Everybody was involved after work, before work and during work.”

“Now that it’s up and running, it’s not so bad,” Thomsen adds.

“It was worth the investment,” in part, he says, because he helped the company cope with unprecedented levels of sales as the market recovered.

“We followed the worst year ever with the best year we ever had,” Bush says. “Things just really took off.” 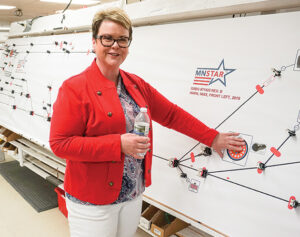