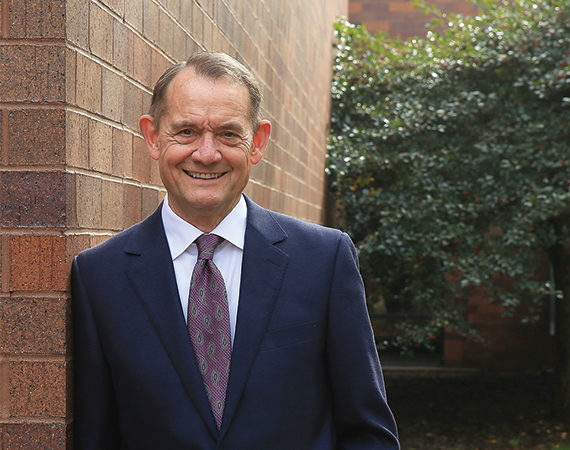 Enterprise Minnesota launched the State of Manufacturing® some 12 years ago to personally survey Minnesota’s manufacturing executives about what they considered the most daunting challenges and most significant opportunities in their paths to profitable growth in the coming year.

We aimed high. From the beginning, we designed the State of Manufacturing to be far more serious than the typical internet poll or a call-in survey that asks four or five questions in search of a cheap headline. We wanted to interview a statistically precise random sample of manufacturing executives across the state.

To do this right, we needed a top pollster, someone with a national reputation for accuracy and insightful analysis. And we knew exactly who we wanted. We recruited Rob Autry, founder of Meeting Street Insights in Charleston, South Carolina. Rob’s company has conducted every one of our annual State of Manufacturing surveys. Our instincts have proven correct. Rob was recently named top pollster in America by a national association of polling professionals.

We gave the State of Manufacturing additional credibility by adding between 12 and 15 focus groups to the research mix each year. Over time that has proven to be a valuable decision. The polling data tells us what manufacturers are thinking, the focus groups tell us why.

Another attribute that has led to the State of Manufacturing’s ongoing success is that we’re not out to sell anything or push a particular legislative agenda. We figured Enterprise Minnesota was well-positioned at the intersection of all elements in Minnesota’s extended manufacturing community. So, we picked up the project along with some remarkable partners.

That said, we do release this data with some significant side objectives.

One of them has been to use the data to help repair what we perceived to be a disconnect between policymakers and the manufacturers in their districts. I don’t mean there was a hostile relationship. I mean that mostly there wasn’t one. We’ve always publicized the State of Manufacturing data to emphasize how manufacturers are job-creating economic engines that sustain the state and local communities, particularly in Greater Minnesota … and that sometimes government actions can impede their ability to grow profitably.

Along the way, we tried to use the data to grow the pro-manufacturing coalition to include economic developers, business organizations, and civic-minded activists.

Then our data started to reveal manufacturers’ growing anxieties about the dwindling number of skilled applicants to replace the retiring Baby Boomers on the shop floors. So, we began to emphasize workforce issues so that teachers, administrators, school counselors, students and parents might all grasp the lucrative and rewarding career opportunities that manufacturers had to offer in their home communities.

The 2020 version of the State of Manufacturing has attempted in part to illuminate how the surreal weirdness of COVID-19 and the government’s attempts to deal with it have affected Minnesota’s manufacturers. And I think we have never seen a better example of how data and focus group interviews can work together to find clarity in a murky marketplace.

The survey analysis we are about to hear from Rob Autry is maybe the most nuanced in the 12 years he’s reported State of Manufacturing data. Few of you are going to leave your computers today, thinking, “Here’s what manufacturers think.” Or, “Here’s what manufacturers need.” We have experienced many years of that kind of unified messaging. But this year is not among them.

I think about the Great Recession of 2009, the first year we conducted the survey. Back then, all manufacturers were caught flatfooted by the collapse of the American economy, and all were affected basically on similar terms. The differentiator in those days was who would best exploit the downtime to position their company to take advantage of the economy’s eventual comeback.

The effects of the 2020 COVID economy have hit all manufacturers differently. But there are similarities, of course. Manufacturing floors contain more plexiglass than they once did. Employees are wearing masks or shields. They are social distancing. Many are working from home.

Once-reliable supply chains have, for some, become unstable and unresponsive. Trade shows — at least for now — have become a relic of the past. So have customer visits. So have cold calls.

To address this, manufacturers increasingly rely on the internet and mobile technology for sales, customer contact, supply chain communication, or even just monitoring off-site employees. And so, I wasn’t surprised when many mentioned that information and that cybersecurity has catapulted to a top corporate concern. If there is a quiet surprise in our focus group research, it was how cybersecurity has become a first-tier priority for so many manufacturers.

But my takeaway from this year’s focus groups was far more personal than in other years. The fact that we had to conduct them via Zoom surprisingly seemed to make participants more reflective and candid than when we sat around a conference table.

I was continually impressed by how manufacturers were stepping up to take care of their employees.

Some made room in the office so that students could do schoolwork while their parents worked. Others allowed flexible workdays to accommodate classroom schedules.

Slowing sales forced some to cut their workweeks to four days, and their workdays to six hours, but in doing so they did not reduce their employees’ compensation.

In Alexandria — I don’t think they’d mind me outing them for this — manufacturers actually facilitated open trades of employees, so that hard-hit companies could temporarily relocate employees to companies that are struggling to keep up.

We don’t have time to talk about more examples, but there are many. I encourage you to go to our website and read the transcripts of our focus groups to see how manufacturers are responding. The discussions are fascinating.

For me, I walk away from every State of Manufacturing survey with a deeper appreciation for how Minnesota’s manufacturing executives continue to drive their local economies by finding more strategic sophistication to meet the demands of their increasingly global markets. That’s no less true today.

But this weird COVID-themed State of Manufacturing survey reinforced for me how much I like and appreciate Minnesota’s manufacturers … and how when times get tough, they care for their employees and their communities. They are not just good business executives, but good corporate citizens.

We could not undertake this large project without our great industry platinum partners and sponsors.