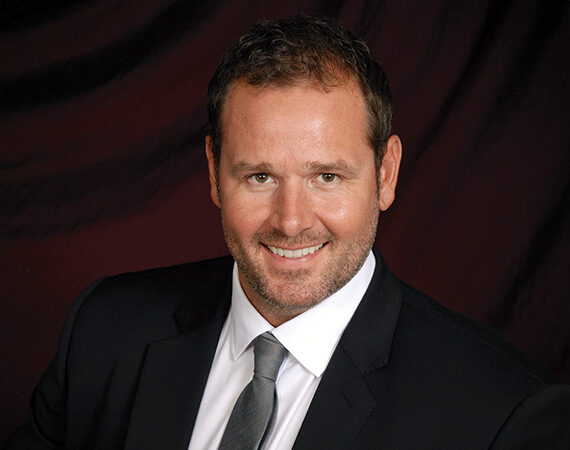 Matt Hanson knows a thing or two about change, transition and adapting. He also knows the value of experience, sharing knowledge and fostering a community of like-minded manufacturers.

Now, with his own company Hanson Silo humming along and adapting nicely to the COVID economy, Hanson will use his experience, positive outlook and expertise to help other manufacturers in a big way.

Hanson has joined Enterprise Minnesota’s eight-member board of directors, where he hopes to be a voice for rural Minnesota during a time that — despite the challenges of COVID paired with traditional challenges such as workforce development — he sees is strong for manufacturers.

“I see the state of manufacturing as healthy,” Hanson says. “I think that the state government needs to continue to remember the small and mid-size manufacturers in its policies, which is a constant challenge in the state.”

There was never a time in Hanson’s life when the family business wasn’t in his life. Dating back 104 years, Hanson Silo’s reputation is formidable. Founded in 1916, the company used to manufacture and erect more than a thousand silos annually. And while the silos were first rate, the company’s ability to adapt and evolve was even better.

Hanson says he believes manufacturing in Minnesota is healthy, but he hopes the state government won’t forget manufacturers in its policies.

As the agriculture industry evolved and shifted away from silos, Hanson Silo moved to manufacturing precast concrete bunker walls, livestock feed storage and handling equipment, and powder coating, among other products. So, while the company hasn’t manufactured silos for years, they do still service the ones in operation.

Hanson graduated from Willmar High School and then the University of St. Thomas. After graduating, he went to work for 3M before returning to the family business. Since returning, he’s dabbled in marketing, sales and operations. Today he’s the company president, a post he’s held since 2007. He and his brother each hold equal stakes in the company while their father, Greg, maintains half ownership.

Hanson has had extensive involvement with Enterprise Minnesota and its services. He, his brother and his father each have served on Enterprise Minnesota’s peer councils. The peer councils, set up across the state, are exclusively for manufacturing executives from small and medium-sized companies. During monthly meetings, participants speak candidly and confidentially with peers about business challenges and opportunities, and they learn key ways to grow their manufacturing enterprises profitably.

Being a part of the peer councils, Hanson says, has given him a window into the power of collaboration and networking.

“The power of Enterprise Minnesota’s peer councils is definitely in the networking and the ability to call another business owner and say, ‘Hey, you know, we’re seeing this. Are you seeing it? And what are you doing about it?’” Hanson says. “I think I’ve experienced better networking, in relation to manufacturing, than I ever could have done on my own. You’re kind of in the boat with a bunch of people who understand what you’re facing and what you’re up against.”

Hanson also is looking forward to bringing a regional voice to the board.

“I’m excited to represent west central Minnesota,” Hanson says. “I have a lot of friends who own manufacturing companies. And I know a lot of people who run companies out here. So, I’m excited to bring the pulse from here to Enterprise Minnesota’s board meetings. I think that will make us all better.”

When Winona-based Alliant Castings saw big results after working with…