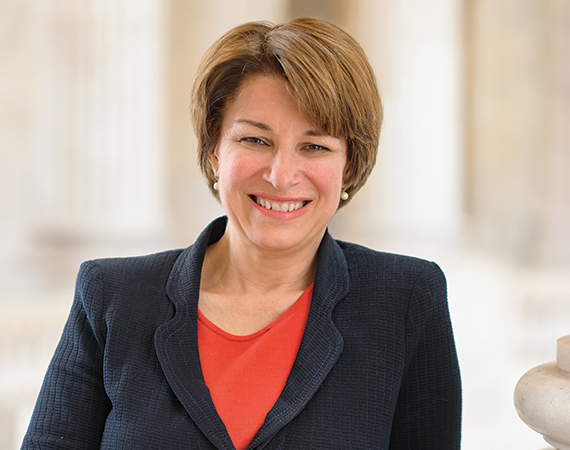 A handful of Minnesota manufacturers recently told Sen. Amy Klobuchar how the government could have done more to help struggling companies — and still could. The group met last month via Zoom at Klobuchar’s request for an informal roundtable facilitated by Enterprise Minnesota.

Despite the initial deployments of COVID vaccines, they said, many are still dealing with lost revenue, workforce shortages and other pandemic-related issues that will undoubtedly linger well into 2021.

“Our biggest issue is workforce,” Korb told the senator. “We were down at least 15 employees right before the shutdown. After that, we lost almost half. And I would say the bulk of them went on unemployment because they can make so much more than I could afford to pay them. We could definitely benefit from another round of PPP (Paycheck Protection Program).”

“This is a critical time to be hearing from all of you,” Klobuchar told the group. “We have the problem we had even before the pandemic, which was that we need more people going into manufacturing.”

They discussed the challenges of healthy workers who can’t or won’t come to work for precautionary reasons. Maki said Custom Products had only one worker who contracted COVID. That illness, Maki said, caused the worker to miss just one day on the job.

However, healthy workers’ time lost at Custom Products piled up quickly. The company lost more than 300 worker days, Maki said, due to healthy people who couldn’t show up for work because they were waiting for a test result or caring for a family member who may have been exposed.

When COVID hit, InLine Motion pivoted from manufacturing foodservice equipment to protective face shields. As orders flooded in from across the country, they needed to add workers.

“We had a hard time finding extra labor because people didn’t want to come to work,” he said. “And some of our older staff was working from home because we don’t want them to be potentially exposed.”

Wauters said Colburn Manufacturing took extra precautions to keep workers safe. But company managers still worry about another wave of workers coming down with the virus.

As Klobuchar wrapped up the call, she said the manufacturers were clear about what kind of help is needed.

“I have my marching orders here to get as much done as we can immediately,” Klobuchar said, “so we can take some action here.”

After her China-made Busy Baby mats exploded in popularity, Beth…