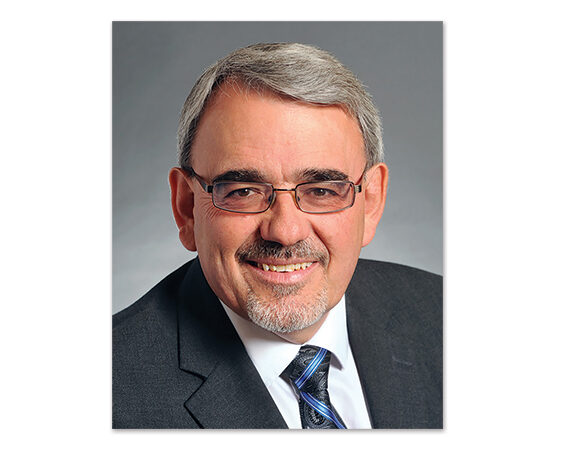 His company Jensen Management Service, Inc. offers a variety of real estate related services in Luverne. Prior to his election in 2012, Weber served on the Luverne City Council and was mayor of Luverne from 1992-2001.

What are the most critical issues facing rural manufacturers?
Sen. Weber: The most current critical issue is making sure that they can provide a safe environment for their workers due to the COVID-19 situation.

Beyond that, finding workers — and housing for them amid strong competition for the workforce — remains a major task for employers. This is especially so for border businesses who are constantly being lured across state lines due to the tax climate issues.

What can the state do to keep manufacturers from leaving Minnesota?
Sen. Weber: The state needs to realize that its tax policies hurt rural development, especially in border communities. In addition, the permitting process in Minnesota has become terribly cumbersome. While agencies like to talk about their improved systems, the time lag between application and permit granting does not support their boasting. Tax and permitting reform would help rural manufacturers greatly.

Working with existing businesses in agricultural, mining, timber and technology industries to understand their needs is also essential. In my first couple of years in the Senate, I read in the Sioux Falls, SD paper about a Minnesota software company expanding into South Dakota with 200 jobs. I reached out to the president of the company and learned that Minnesota had essentially ignored its needs. They were needing to spend an average of $45,000 per worker to teach each one the skills necessary to work for that company. A South Dakota college provided that training through a bachelor’s degree. The company provided 200 jobs for college graduates.

Upon raising some fuss about this, I understand that some greater effort is being made to work with industries, but that must be improved.

Fall is upon us and, before long, the next session will be upon us. What should manufacturers be paying attention to as we get closer to 2021?
Sen. Weber: With the projected deficit that has resulted due to Gov. Walz’s shut down of business, it will be a challenge to produce the tax reform needed. Yet it is imperative to help get the economy back to where it needs to be.

There will be plenty of people claiming we need to raise taxes. That is the worst thing we could do. So, people need to ask the candidates how they will deal with the shortfall. I don’t believe that most people or businesses believe they pay too little in taxes. The cost of workforce housing is also a problem. Efforts were made to deal with this issue but were resisted by the Walz administration.

Many people think of my Senate district as a farm district, which I am proud to say is true.

In addition, however, the twist tie that is on the loaf of bread was probably made here. The lawn mower or snow blower you use may have been made here. The customer gift was possibly printed or made here. A great deal of equipment made or assembled to help farmers raise your food was made or assembled here, and a great deal of your food was raised and processed here. The fire truck that responded to your emergency may have been built here, and there are many other needs that are met by manufacturers and businesses of southwest Minnesota.

We are much more diverse in our businesses than many realize.

Van Technologies used its COVID downtime to upgrade its ISO…