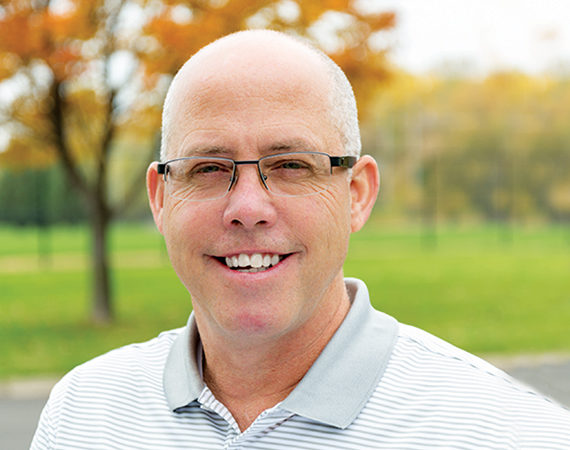 States Manufacturing harnesses the power of ISO to evolve into global markets.

It’s not an uncommon story: A family-owned company has operated for generations, but there’s a feeling among leadership that today’s complex economy requires the company to reach for higher levels of efficiency and sophistication if it wants to evolve from a regional business into a global player.

Founded in 1924, States Manufacturing of Minneapolis makes a broad spectrum of custom electrical and metal products. President and CEO Joe Shallbetter, the youngest of seven children, represents the third generation to lead States. As he considers his legacy to the fourth generation of ownership in the coming years, Shallbetter is passionate about building a better infrastructure and smarter processes that will support States’ success far into the future.

After buying out his brother from the company, Shallbetter began significantly shifting States’ culture. He hired a director of manufacturing and created new positions, including an inside sales team, a director of sales, and project managers. In the last three years, States has grown its sales by 80 percent and doubled its margin.

Despite these results, Shallbetter knew more could be done to strengthen and sustain the company’s success. “We needed to start running the company in a more organized fashion and put more systems in place,” he says. His conclusion: States needed to become ISO 9001:2015 certified.

ISO 9001 is an international standard for quality management systems. Organizations around the world that are certified in ISO 9001 have met standards of process efficiency and continuous improvement, and they are able to consistently meet customer and regulatory requirements.

“ISO is the best practice of manufacturing practices,” explains Joel Scalzo, business development consultant at Enterprise Minnesota. “It’s about defining how you’re going to run your day-to-day business and ensuring you have the right measurements in place to understand whether you’re doing what you say you’re doing, and, if not, how you correct it through internal auditing, analysis and corrective action. If you’re going to work at a higher level, big companies may require you to be ISO certified in order to be your customer.”

Shallbetter and his team initially attempted to complete the ISO certification process on their own, which they quickly discovered was a huge challenge. “There were six of us trying to do the certification for about two months,” Shallbetter recalls. “Then we realized this was something we couldn’t self-implement.”

States turned to Enterprise Minnesota to lead the company through the process. “More companies are starting to understand that it’s okay to raise your hand and get help with a specific area versus trying to grind through it or reinvent the wheel,” Scalzo says. “Our work with States was about helping them understand what they’re good at and what they need help strengthening.”

Scalzo’s colleague Keith Gadacz helped States integrate ISO with existing systems and worked with staff in sales, quality control, engineering, and other areas to ensure they understood how ISO could make their roles easier and more productive. ISO gave the company clarity on how to grow its ideal customer base and information on how daily performance metrics impact the business, he says. As a result, States has created smarter processes that ensure better quality, time to market, and profitability.

Gadacz guided States through an ISO-based management system for daily operations called BOSS: Business Operating System Software. Paul Reed, States’ director of manufacturing, explains that one of his current focus areas is using BOSS to process non-conforming items, along with reviewing systemic issues that need a process or action change to prevent the issue from happening again. “I am taking all the observations and notes I had from the certification audit and making them corrective actions in order to formally bring them into focus for the next management review,” he says.

ISO certification has helped shape States’ strategic direction, as well. For the first time in its 95-year history, the company has a written vision and core values: Communication, Ownership, Leadership, Opportunity, and Respect (“COLOR”). Shallbetter explains, “[The values] are simple. Employees come up with ideas for improvements and how the core values fit into their daily work. They say things I never thought about, like the idea that respect can mean having respect for even your tools. It really is neat.”

In all, Shallbetter is more than satisfied that his ISO experience has made States Manufacturing a stronger player in the industry. “Over the years, we’ve spent hundreds of thousands of dollars on business consultants,” he says. His experience with Enterprise Minnesota “became the first time in my 34-year memory of working here that we had a consultant who was 100 percent effective and helped us achieve what we were trying to achieve.”