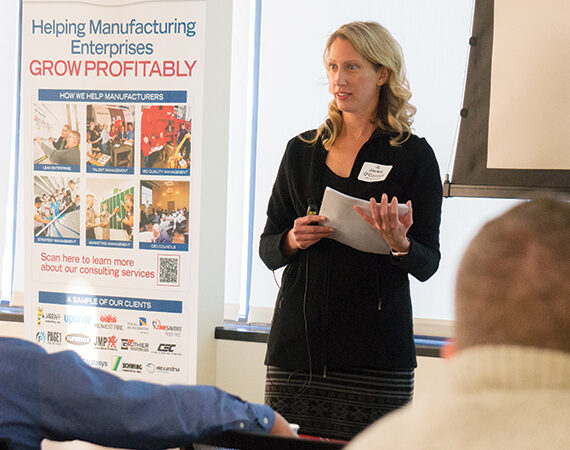 In its effort to ready itself for an expected growth spurt in its business, IPS Worldwide was confronted by the challenge of an employee who came to be known as “Rob the Hoarder.”

The company, which manufactures, refurbishes, and repairs the 2,000 rail-based cranes that are used to maintain the 76,000 bridges connecting 233,000 miles of track in America’s domestic rail network, had just started its 5S journey.

The company divided into small teams to sort everything.

“The goal was to clear everything out,” O’Connell recalls.

They sorted by immediate throw-out items, holding-area items that they needed reconsidered, items that had infrequent use, and items that needed to be retained after the clean out. Over four days, they filled five garbage dumpsters, one scrap-steel dumpster, and one cardboard dumpster.

“We were seriously hoarding,” O’Connell recalls, adding that about an hour into the initial cleanout, the dumpster was already overflowing. “We pulled our forklift around to the dumpster with a large weight hanging from the end of it and began compacting the trash so we could fit more in.”

They ended up filling ten dumpsters, but most surprising was “Rob,” whose stashes included boxes, packing materials, multiple brooms, shovels, and tools—you name it. O’Connell says Rob referred to Tim Bjorgum, Enterprise Minnesota’s consultant on the project, as a “homewrecker” for making him confront his excess clutter.

In the end, however, the team appreciated the improvements.

“They were so proud of what they had accomplished,” O’Connell says.

Team leaders estimated they saved nine hours per day of lost time, the equivalent of one full-time employee over the course of a year, she says, “just by doing one 5S project and cleaning up their clutter and organizing.”

O’Connell says she received an email from the team leader at the end of the week: “Just wanted to say that 5S is going great, and we have awesome participation and buy-in from all involved. Thanks for making this investment in us. I really think it’s going to pay off.”

Tolerance Masters’ RAT blades have been used to save lives

If you watched last year’s film Sully, you saw an inspiring cinematic depiction starring Tom Hanks of how a calmly heroic pilot famously landed a disabled jet aircraft on the Hudson River in Manhattan without sacrificing a single passenger. What you didn’t see was how the plane’s ram air turbine gave the pilot enough time to make his crucial decisions.

A ram air turbine (RAT) is a small turbine that is connected to a hydraulic pump, generates power from the airstream, and is used as an emergency power source in an airplane. Circle Pines-based Tolerance Masters manufactures the RAT turbine blades.

In 20 years, he says, Tolerance Masters’ equipment has been used in 17 deployments, with no casualties. The most dramatic, he recalls, was in the early 2000s, when an A321 took off from the Caribbean with 165 passengers on board headed for Germany. It was leaking fuel. It got about two thirds of the way across the Atlantic when it ran out of fuel at 39,000 feet. The ram air turbine deployed, and the plane glided in for 17 minutes. “It had to have been a long 17 minutes,” McPherson says, before the plane landed in the Azores on a two-mile runway that had been constructed at an alternate site for the space shuttle. “The guy brought it in so hot, he blew all the tires off, but everybody got off the plane, and the plane was saved.”

McPherson, a disciplined devotee of continuous improvement throughout his plant, explained how his company is required to achieve AS9100 status, the aerospace version of IS0 9000 standard.

“Think of AS as ISO on steroids,” he says. “We are flight-safety and flight-critical rated, which means every year I get to sign a document that says I personally am liable for $50 million, and/or death, if we fraudulently produce and ship a part that causes an aircraft to crash.”

He says the first time he signed that document, the AS representative commented, “You don’t seem very nervous about this.” He asked, “Why would I be? I fly all the time, on my parts. We don’t make bad parts.” He quickly adds, “Of course, we do—everybody makes bad parts—but we would never intentionally make a bad part. It is not like when I worked in the foundry, and we made a part for Caterpillar, if it broke, the machine stopped. If one of our parts, especially the flight-critical ones fails, the plane is going to go down. We are pretty good at what we do.”

Bremer’s new CEO describes Bremer’s niche, its strategic position among manufacturers and why personal banking relationships are more important than ever.