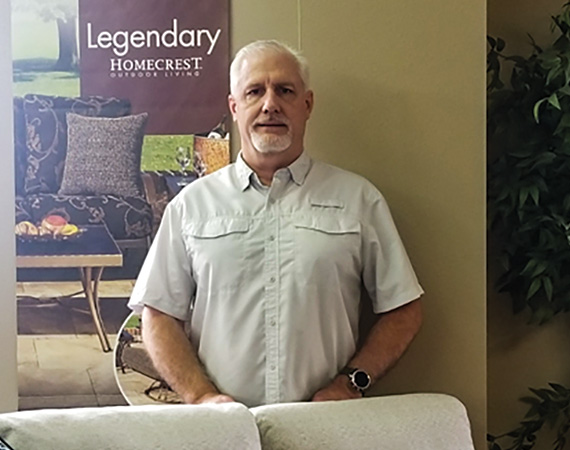 If Homecrest Outdoor Living could hire 30 more workers, says its CEO, the company could quickly boost sales by 25%.

Homecrest Outdoor Living CEO Randy Shorts has been in his current position for less than a year, heading the Wadena-based manufacturing company that has seen a surge in demand for its line of weather-worthy furniture.

Shorts hit the ground running when he took lead of a business already racing to keep up with a red-hot market, following the retirement of his predecessor Tim DeJong.

Homecrest paused production in May 2020 due to the pandemic, but as it started back up, Shorts says the company didn’t have the luxury of easing back into things.

“We had to put the foot to the floor just to keep up,” and that was no small order, he says.

While the COVID-19 outbreak slowed many enterprises, it forced Homecrest to accelerate.

“During the scare, when everyone was hunkered down, people really wanted to spend more time outside,” Shorts says. And that meant more customers investing in quality outdoor furniture.

Homecrest has seen roughly a 30% increase in business since the pandemic struck.

Shorts says Homecrest’s completely domestic supply chain has held up well, with many of the company’s partners showing foresight in their efforts to stock up on materials in anticipation of inevitable hiccups on the horizon.

But Homecrest has struggled to keep pace, nevertheless.

“The increased demand has really pushed out our lead times,” Shorts says. As of mid-summer, he says the wait time for most products in the company’s line was about 18 weeks.

Shorts and his team are working hard to close that gap, but “we need more bodies to get product out the door.”

If Homecrest could hire 30 more workers, Shorts predicts it could boost sales by 25% in a hurry.

As of late July, Homecrest employed 108 people, and Ellen Alberg, the company’s HR manager, says she and her colleagues were eagerly awaiting the arrival of nine more new recruits scheduled to start in the next couple of weeks.

“We’re catching up a little, but not in quantum leaps,” Shorts says.

Based in Wadena, with a population just north of 4,000, Shorts acknowledges that growing the workforce will likely require the company to draw more people to town. He says the company has been looking at all sorts of ways to attract additional talent, including the possibility of helping new hires find housing.

Of course, offering higher wages has also been part of the equation as Homecrest competes for workers.
“The idea of paying anyone $15 an hour now is simply a joke,” he says.

A Texas transplant, he himself moved to the area in April, when offered the opportunity to lead Homecrest. Shorts is a seasoned veteran of the outdoor furniture industry, most recently serving as vice president of Brown Jordan Co. for 18-plus years.

In addition to staffing up, Shorts says Homecrest has focused on making the most of the resources it has, working with Enterprise Minnesota to implement lean manufacturing techniques and working to refine its welder training regimen and operations.

Enterprise Minnesota’s Bill Martinson assisted Homecrest with its leadership development efforts early on, and lately the company has focused on continual improvements and operational efficiencies.

“We did a project to streamline their welding operations, and that kind of pushed the constraint to their fab department,” Martinson says. “The fab department makes the parts that go to the weld shop. So now in September, we’re going to go in and do some work on the fab department.”

Shorts says Homecrest also is investing in new equipment to improve efficiency, but that’s no quick fix either, as the company has encountered substantial lead times for new machines.

Homecrest has a reputation for producing stylish, quality, American-made furniture that commands a bit of premium compared to low-cost imports, Shorts says. The company sells its line completely through dealers specializing in patio furnishings.

“We adjusted how we go to market,” Shorts says. “We raised the bar, and that has attracted a different buyer, a different type of demographic.”

Homecrest has made definite inroads in the past couple of years, especially as the cost of shipping containers recently has soared by a magnitude of four or five times pre-pandemic levels, narrowing the gap between the price of domestic and foreign products, even as the Wadena-based company continues to hold an edge on quality and durability over most imports.

“For several years, Homecrest was really hurt by imports. And the company struggled. But that’s really turned around,” Martinson says. “That likely started with people’s shift toward wanting to buy things made in the U.S.A.”

“They make a higher-end furniture product than most of the imports,” Martinson continues, noting that Homecrest isn’t looking to sell through big-box outlets focused almost exclusively on offering the lowest price.

“The pandemic helped them do a complete about-face, in terms of their fortunes in the marketplace,” he says.

Shorts agreed the pandemic has provided Homecrest with a unique opportunity to grow.

“It may be a blip, but we’re expecting it to last at least two years,” he says, and Shorts is determined to make the most of this time by establishing relationships and building the business for the long term.

Shorts recently returned from the International Casual Furnishings Association show in Chicago, where Homecrest’s line was warmly received, attracting interest from an expanding field of clients.

Residential customers have accounted for about 75% of Homecrest’s sales, with commercial customers generating the remaining quarter of business in recent years. Shorts says that balance has tilted even more toward the residential side during the pandemic.

August is typically one of Homecrest’s slowest months for sales, as its retail customers are already stocked, and summer begins to wane. This is a time when the company has often been able to begin to rebuild stock for the year ahead.

“But there is so much of a backlog and such sheer demand for our products, this year doesn’t offer us an opportunity to slow down at all,” Shorts says.

The new ‘inside’ owners at Falls Fab hope to foster… 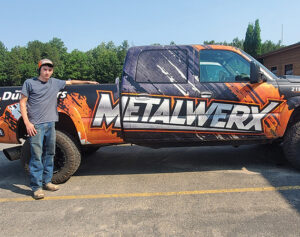 From a site alongside his farm in Greenbush, Dennis Brazier’s Central Boiler has redefined the outdoor wood-burning furnace. 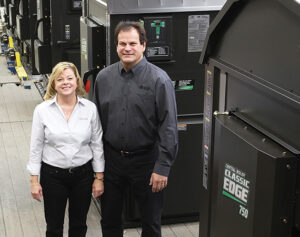