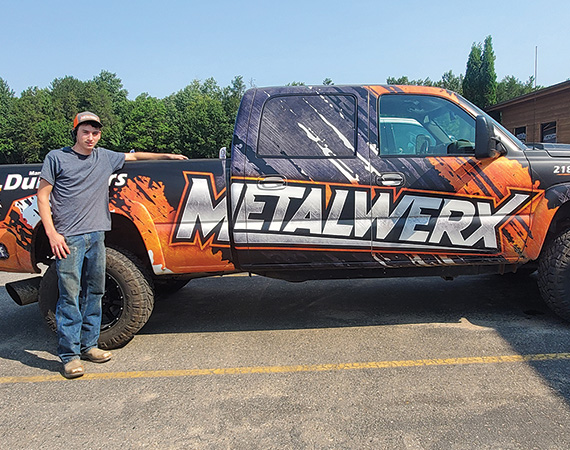 One reason Metalwerx has captured so many welding grads from hometown Central Lakes College is that its president is himself a recent product of the program.

“I’m sure that helps a little,” says Rod Berg, the 22-year-old entrepreneur. “A younger boss will connect better (with younger workers) than an older boss. We know how life is right now, and we go with it.”

Metalwerx manufactures dumpsters, the only company of its kind outside the Twin Cities.

A 2017 graduate of Brainerd High School who later received a degree in welding from Brainerd’s Central Lakes College, Berg started Metalwerx after his dad, Donnie, approached him about manufacturing dumpster boxes for his own company, Green Day Solutions, that rented roll-off dumpsters to construction sites and corporate customers. Berg was just 19 years old at the time. Working from his dad’s garage, Berg welded together his first dumpster in about two weeks.

Two years later, Metalwerx produces eight roll-off dumpsters a week, enabling it to expand its customer rolls beyond Minnesota to a growing number in other states. The company has now also begun producing custom parts for other local manufacturers.

Berg says he easily acclimated to the welding aspects of the job, since he’s been doing it his whole life. But the organization, paperwork and financials provided more difficult obstacles.

Especially the “financial stuff,” which, he says, was particularly challenging.

Today he employs 13 people, 10 of whom came straight from Central Lakes College. With a trades workforce not necessarily easy to build and maintain in today’s stiff workforce market, Berg finds recruiting workers straight from college is the way to go.

“That helps a little bit because they’re looking for jobs, and they want to stay local,” he says. “And it’s been pretty decent. I’ve had really good success with that.”

That means Berg has a relatively young team of employees, many getting their first on-the-job experience.

Jarrett Crandall is one of Berg’s employees recruited out of Central Lakes College in 2020 and who has been with Metalwerx for about a year. He started taking welding classes in high school and discovered there were many job opportunities in the field.

“It’s always different,” Crandall says of his job at Metalwerx. “You’ve got plenty of work to do, and Rod’s got a nice shop and equipment for all of us to use, so that makes the days go by easier.”

And good management helps, too. David Otto, a welding instructor at Central Lakes College who taught Berg and has watched him build up Metalwerx, admires Berg’s workforce gameplan.

“He wants to do the right things to take care of his employees,” Otto says. “He’s working on health insurance and retirement plans and all the things needed to be competitive in the industry, and he understands that.” Berg is trying to do more than put money in his pocket, Otto adds. “He also wants to give back to his employees and make sure they have a safe and comfortable place to work so they can support their families. Not all businesses have that mindset, so that’s a good approach that also contributes to his success.”

For Berg, it’s all about treating his employees well, paying them good wages and creating a positive work environment. And the four 10-hour days with Fridays off each week doesn’t hurt either.

While COVID-19 slowed sales last year, Metalwerx is again on the upswing. Berg is now scouting opportunities for expansion, as he has maxed out his current space. Dumpsters will always contribute a significant part of his business, but he hopes to expand the other side by manufacturing components for other manufacturers.

And business aside, Berg helps future welders beyond offering employment opportunities. He donates much of his scrap metal to Central Lakes College and other schools for students to use in class to learn to weld.

“That’s huge for us,” says Otto, who feels a sense of accomplishment in seeing his former student succeeding in the welding and manufacturing industries.

“He still likes to ask questions and throw ideas past me,” Otto says. “And it’s just good to get to see the motivation and intelligence he has to make things happen.”

After 40 years, Fairmont’s Ken Detloff sells Kenway Engineering to a Spanish company, ensuring that the jobs will remain at home. 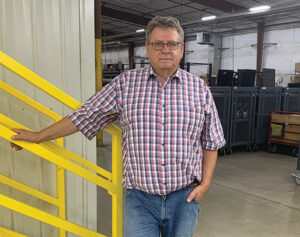 Marine Corps vet Mark Davidson brings a diversity of experiences to his role at Enterprise Minnesota. 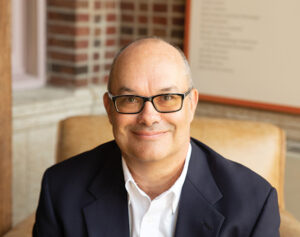