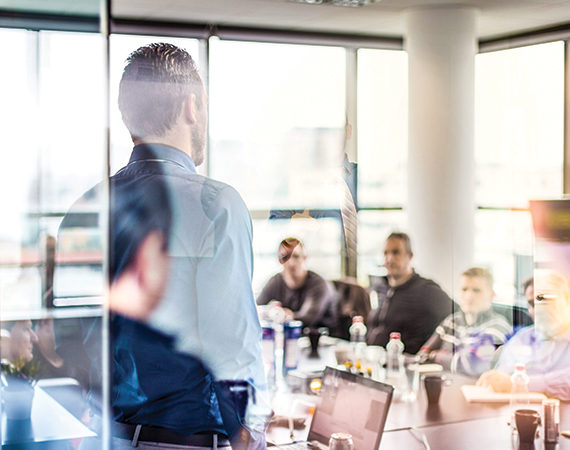 Over the past three years, Enterprise Minnesota has helped more than 80 Minnesota-based manufacturers achieve their ISO 9001:2015 certification. While the certification enhances OEM relationships, savvy manufacturers also see it as a way to improve their internal management structure.

But ISO 9001:2015 practices, like strategic plans, don’t mean much to a company if they aren’t implemented.

That’s why Enterprise Minnesota is launching an effort to reach out to ISO clients and ensure they properly prepare for the annual audits that are essential components of the certification process. Toward that end, Enterprise Minnesota President and CEO Bob Kill is planning to personally communicate via a letter, this fall, with his company’s ISO clients. His consultants want to check that employees embrace its value and use it in their work and show that ISO is helping clients better manage their operations.

“The obvious question is, ‘Are companies prepared?’ We’re seeing that many aren’t,” Kill says. “We know from first-hand experience that the first audit is different.” Enterprise Minnesota is itself ISO certified and understands the depth and peculiarities of an ISO 9001:2015 audit.

“You used to be able to say, ‘Here’s the process and we follow it,’” Kill says. “It is now driven by how you are living it. There is help available to make integration easier so it can be used as a management system.

“We (at Enterprise Minnesota) use it as our management system,” Kill says.

ISO 2015 represented a dramatic change from previous versions of the standard. Framers established the 9001 standards in 1987 to assure uniform international quality requirements between procurers and suppliers. They all emphasized processes, Kill says, but ISO 2015 de-emphasized procedures and evolved into a holistic management tool.

Less prescriptive than previous versions, ISO 9001:2015 emphasizes building a management system that requires the involvement of top management. It stresses risk management and the importance of a culture of continuous improvement.

Keith Gadacz and Patricia Pearson hope the letter will serve as a “wakeup call” for manufacturers who might use current demands for increasing business as an excuse to let ISO slide as a company priority. Gadacz is a business growth consultant at Enterprise Minnesota who uses his extensive experience in implementing and managing ISO 9001 and ISO 13485 quality management systems to help Minnesota’s manufacturers build the systems into their company cultures. Similarly, Pearson is a business growth consultant who specializes in using business management systems to help manufacturers drive performance.

Gadacz says many manufacturers are less aggressive about ISO because they are so busy fulfilling sales. “They can’t keep up,” he says. “They haven’t thought about their system for a while, so maybe they’ve been running on autopilot.”

“I want them to think critically about the effectiveness of their audits and management review to make their business better,” Gadacz adds.

Gadacz emphasizes the value of ISO 9001:2015 in helping companies cope with the demands of increased business. “The 2015 standard is a holistic business system,” he says. “It’s very similar to every other thing you touch. It ties everything together into a great management system.”

Pearson describes the 2015 revision as “the most significant revision that ever happened to the standards. We don’t even look at it as ISO anymore, we look at it as a business management system. It starts at the strategic level and then it flows down into the tactical levels.”

He adds that ISO’s effectiveness is maximized through a continual process of internal auditing.

“The aim is a continual process of review and assessment to verify that the system is working as it is supposed to,” he says. “We can also find out where it can improve and correct or prevent identified problems. It is considered healthier for internal auditors to audit outside their usual management line because it brings a degree of independence to their judgments.”

Internal audits are a “self-check loop,” Gadacz says, to ensure that the management system takes place and is adjusted to the needs and interests of stakeholders.
Internal audits can be poorly conducted when they involve a checkbox for compliance versus leveraging the inputs and outputs of big processes and sub-processes for optimization and process performance. “Are those processes and sub-processes delivering what you expect, when you expect it, in the way you expect it so your internal and external customer get what they need the first time?”

Rotation Engineering discovers a way to ‘zipper together’ EOS and…