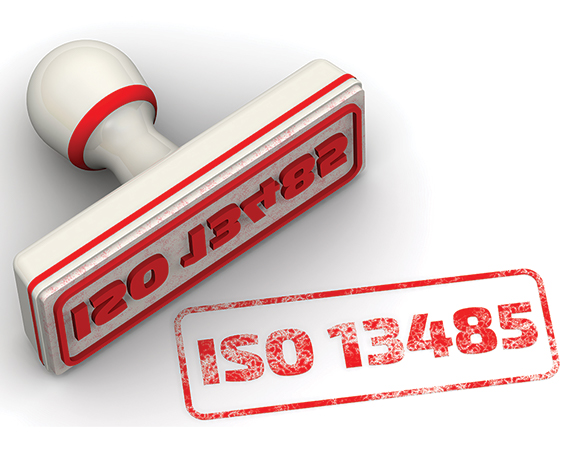 Enterprise Minnesota consultants are upgrading their credentials to serve a diverse client base.

We often talk about the value of continuous improvement, as it’s one of the foundations of Enterprise Minnesota’s consulting services.

While we are experts at helping others improve and become more profitable, we also focus on continually improving our own skills and credentials to remain competitive in the manufacturing marketplace. Enterprise Minnesota Business Growth Consultants Keith Gadacz and David Ahlquist are great examples of enhancing their skills.

In Keith’s case, he’s shrewdly leveraging his real-world experience within ISO to grow his ability to help clients.

Many medical device manufacturers are already ISO 9001 certified. Upgrading to ISO 13485, which is specific to their industry, can give them a strategic advantage.

In other words, it’s better to take the initiative with a business management system certification that not only helps manufacturers zero in on mission and profitability but also sends out a specific signal of credibility.

When manufacturers ask their suppliers to obtain a specific ISO certification, Gadacz says, it helps suppliers take ownership of their role and get them thinking about things such as customer satisfaction, delivery and performance metrics.

ISO 9001 puts a stiff focus on business risk. Every aspect of the standard serves the larger goal of unifying a business’ parts for the betterment of the whole: optimize quality and efficiency to maximize profit.

ISO 13485 requires a shift from that mindset.

“In ISO 13485, it’s all about safety for the patient,” Gadacz says. “Which makes sense, right? We’re dealing with medical issues and dealing with people’s lives.”

Medical device manufacturing thrives in Minnesota. According to the Minnesota Department of Employment and Economic Development:

Of course, many of those medical device manufacturing employees work for large companies such as Medtronic, which employs 10,000 workers alone. And Medtronic doesn’t have to worry about ISO 13485 because it’s regulated directly by the Food and Drug Administration.

Gadacz says that, by his rough estimate, there are between 200 and 400 medical device manufacturers in Minnesota right now that could benefit from a shift from ISO 9001 to ISO 13485.

The credential upgrades aren’t stopping at medical device manufacturers. Both Gadacz and Ahlquist are also upgrading their credentials to become lead auditors in the AS 9100 standard utilized by the aerospace industry. Like medical manufacturing, aerospace and defense manufacturing thrives in Minnesota with roughly 6,700 workers, according to DEED, helping manufacture everything from small arms ammunition to aircraft and navigation systems.