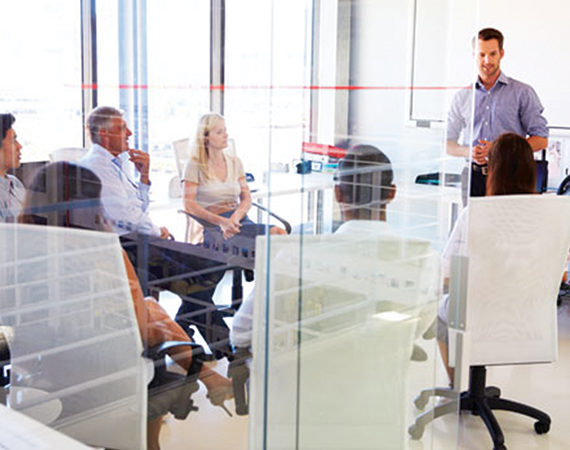 In 2009, Enterprise Minnesota retained one of America’s top public opinion pollsters to probe executives from Minnesota’s small and medium-sized manufacturing companies about the performance of their businesses over the past year and speculate about their prospects in the coming year.

The result was the State of Manufacturing®, an annual survey conducted for 11 consecutive years by Rob Autry, founder of Meeting Street Research, whose firm has conducted more than 2,000 surveys over 25 years. The project was conceived in part to reveal to manufacturers how others in their industry viewed their circumstances. But just as important, the project was designed to show community leaders the kinds of things manufacturers contribute to their communities, as well as the obstacles they face. And, especially important, the project shows policymakers and regulators how their actions can directly impact the important job-creating industry.

But the secret sauce behind this unique-in-the-nation regional survey is likely the comprehensive statewide schedule of focus groups that Enterprise Minnesota organizes to supplement the data.

“The survey provides the objective data, which is essential,” says Lynn Shelton, vice president of marketing at Enterprise Minnesota. “The focus groups provide the subjective background. They tell us why manufacturers answer the way they do—which is just as important.”

Over 10 years, the project has convened 144 such focus groups in locations from Thief River Falls to Winona.

“(The focus groups) provide a pretty good forum for local businesses to get together and share their views,” says Randy Reinke, president/CEO of Custom Products of Litchfield, who has hosted several State of Manufacturing focus groups. “I just wish more of my manufacturing peers would take the time to come and share their opinions. Everything (among them) is usually so transactional, as it should be, but we never really sit back and essentially put our feet up and share notes.”

Patrick Powers, president of the accounting firm Olsen Thielen and a platinum sponsor of the State of Manufacturing, says: “Idea sharing is what drew us to be a part of it. You hear some really novel ideas about how people in this resilient industry are rising to meet their challenges.” What’s more, he says, participants don’t temper their comments because they might be talking in front of competitors. “They think, what can I learn about how others have addressed their issues. And maybe I have some ideas as well to help others.”

Powers sees particular value in the input of outstate focus group participants. “There is a rural/urban divide to some degree in Minnesota. That’s something we’re really looking forward to observing this year,” he says. Ron Kirscht, president of Donnelly Custom Manufacturing in Alexandria, has participated in all but one year of the State of Manufacturing focus groups. He says the events “give you a platform to either celebrate great things that are going on or just wring your hands about other things that should be addressed. I think there is value in that.”

He says he also appreciates the opportunity to “meander” off obvious themes and “explore specific things for the participants at the table. I think the output has value, and I give it a thumbs up.”

A Range of Possibilities